As you might remember from my last entry,
this is the entry I will write about my first meetup with Ruth! ^^

In the evening the day before, we had contacted eachother about time and place of where to meet up!
We decided on a conveniently placed busstop that is situated pretty much just inbetween my sisters place and Ruths place, around 2 pm o´clock! It would only take around 5 minutes for me to walk there, so I had plenty of time to get ready in the morning! ^^

The only thing that kind of worried me about it all, was that I was really cold to begin with >.<
I get cold easier because of my illness, so I made sure to pack my mittens and wear a big scarf as well! ^^ I luckily didn´t have to wait a long time for Ruth to get there either...

The first thing we did was to check the bus-routes, so we could get closer into the sentrum of town. We started with going to a cosy little café where they had the most divine looking cakes! Peachie ordered a cute Strawberry Gateau cake, and I got an Apple tart with a scoop of Vanilla icecream ^^ It was yummy! and I enjoyed the fact that is was warm, as I needed to be heated up for going out in the cold and windy weather again >,<

Afterwards, Peachie showed me this super cute little bubble-tea place, where she ordered warm banana milk tea with strawberry bubbles for us ; v; it was one of her personal favourites, and since I´m not very familiar with bubble-tea I just went with the same as her! ^^ 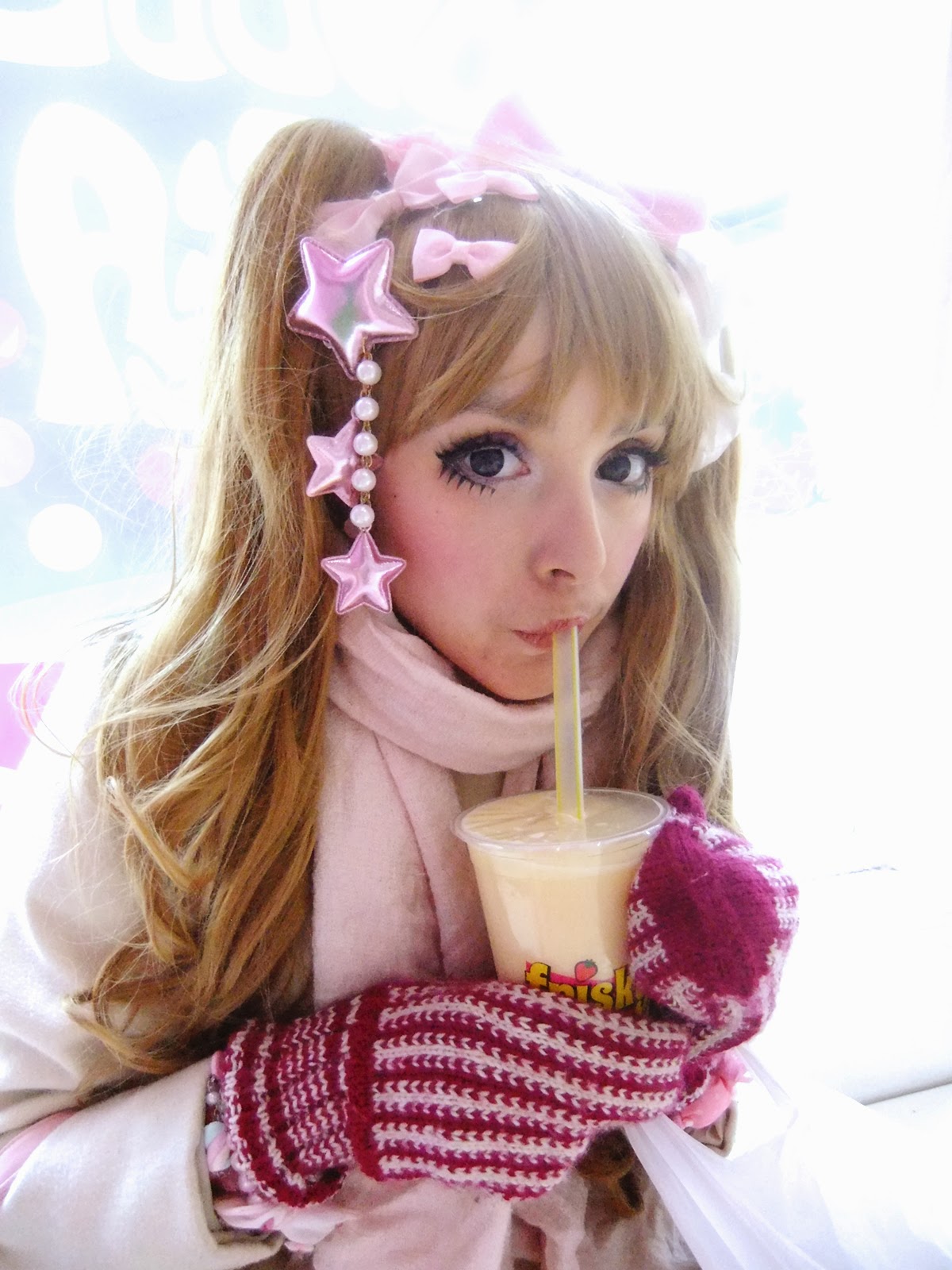 It was very tasty! >v< (You can totally tell how windy it was outside that day XD ahaha...)

Later on, we went to the local comic book store near the national museum. I always visit that place whenever I´m in Edinburgh, and it never dissapoints me! I totally fell in love with these amazing Adventure Time comic books I found *v* They had so much AT merch also, I was basically swoon x) (it´s my nr. 1 fandom I think ;V;).... Didn´t get anything of that on the first visit though, as I am one of those people that can never decide on anything ;v;
I did visit the shop several times during my trip though (but more about that later ;-) )
This time, I wound up only getting the next volume in a manga-series called "Honey Clover"
(it´s a series I collect, would REALLY reccomend it, its so nice ;V;)

Afterwards we went down Princes street to the St. James shopping mall, where we wandered through the accesories stores, and I squeed over all the cute things I found at Claire´s (why don´t we have Claire´s in Norway ;A;??). Peachie had to sit down for a little bit, so we took a rest. We decided to look into the huge warehouse shop they have there before heading home. We smelled the lovely perfumes and acted like fancy maids in the exlusive candy and confectionary area x3 hehe

After that, we sadly had to go home, since Peachie was really tired and had a little mixup with her medication earlier, appearantly... I was kind of sad, but I realized I was quite tired myself due to my poor health condition at the time, so even though we only stayed together around 4 hours, both of us where quite beat! We quickly found a bus to take us home...

Luckily, I got to visit Peachies flat for a little while when we came back to our living area (still find it so nice that my sister is situated so close to Ruths place ;V; <3). Nice as she is, she offered to take pictures of my outfit, even being as tired as she was ;A; whaah... I was really excited about what I wore that day, since it was my first time wearing my Toy Parade OP, so I happily agreed to it after getting reassured she was ok with it ;V;

Here are some outfit pictures she took!^^ 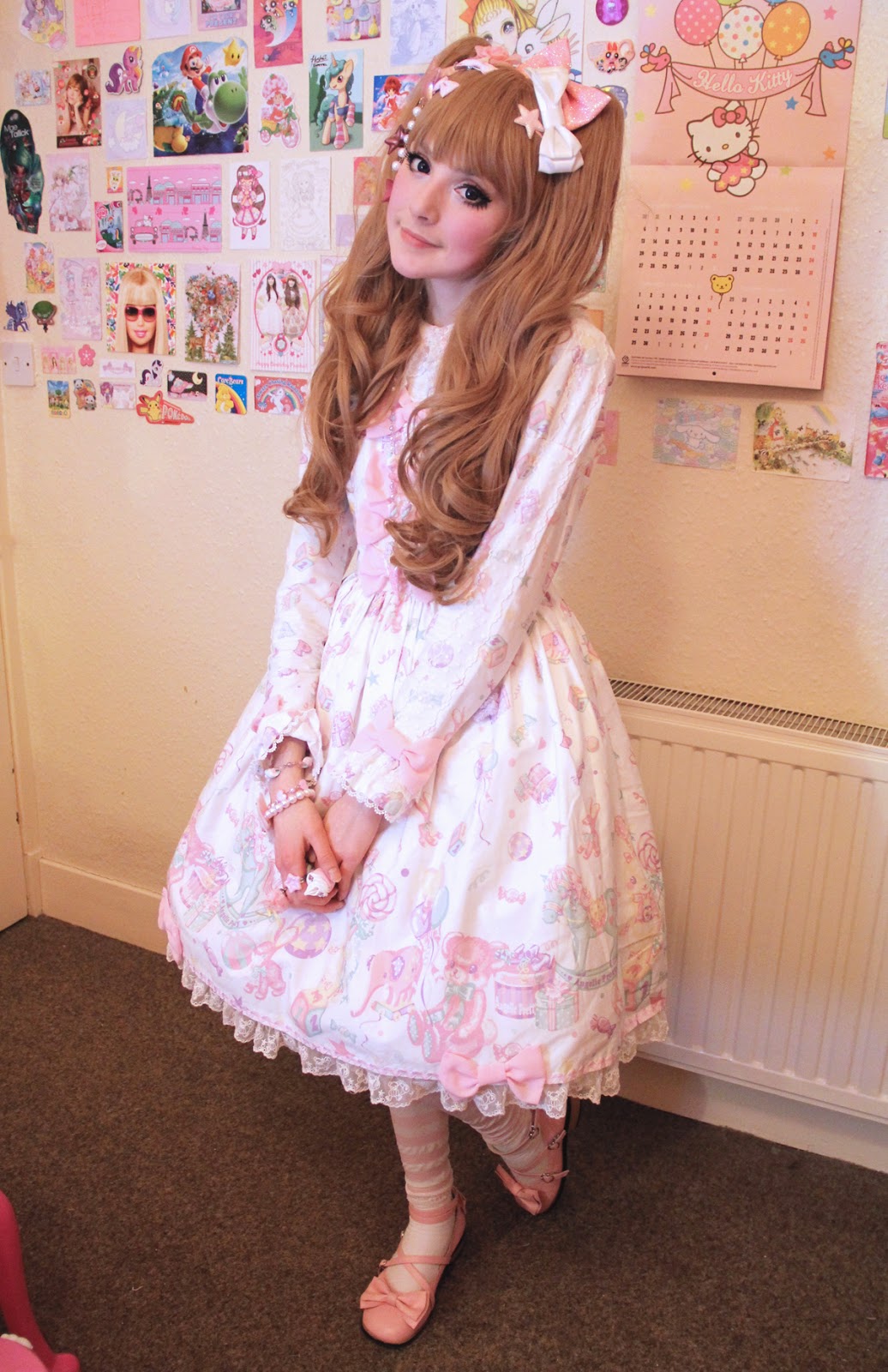 This is my favourite one! ^^ 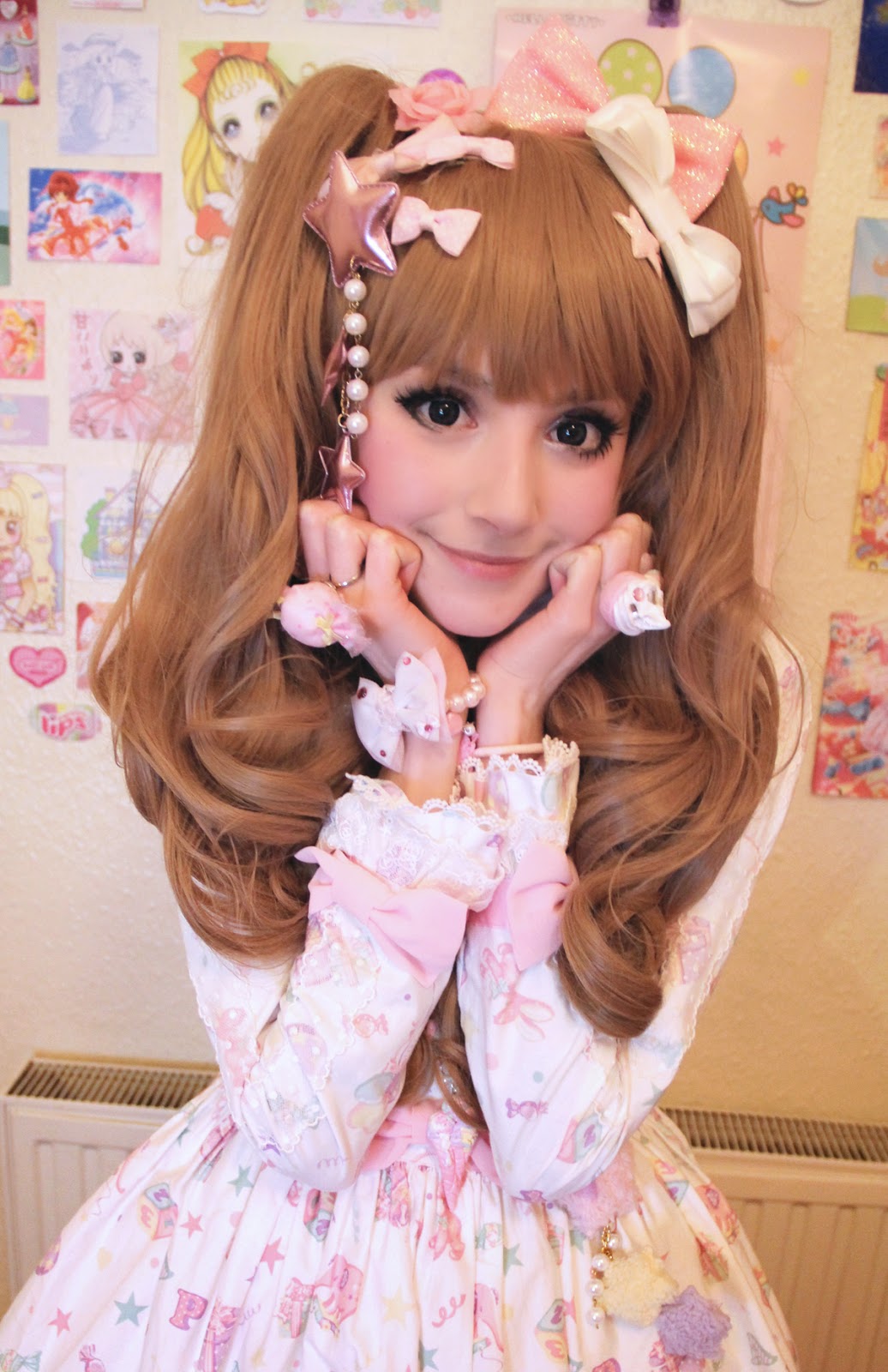 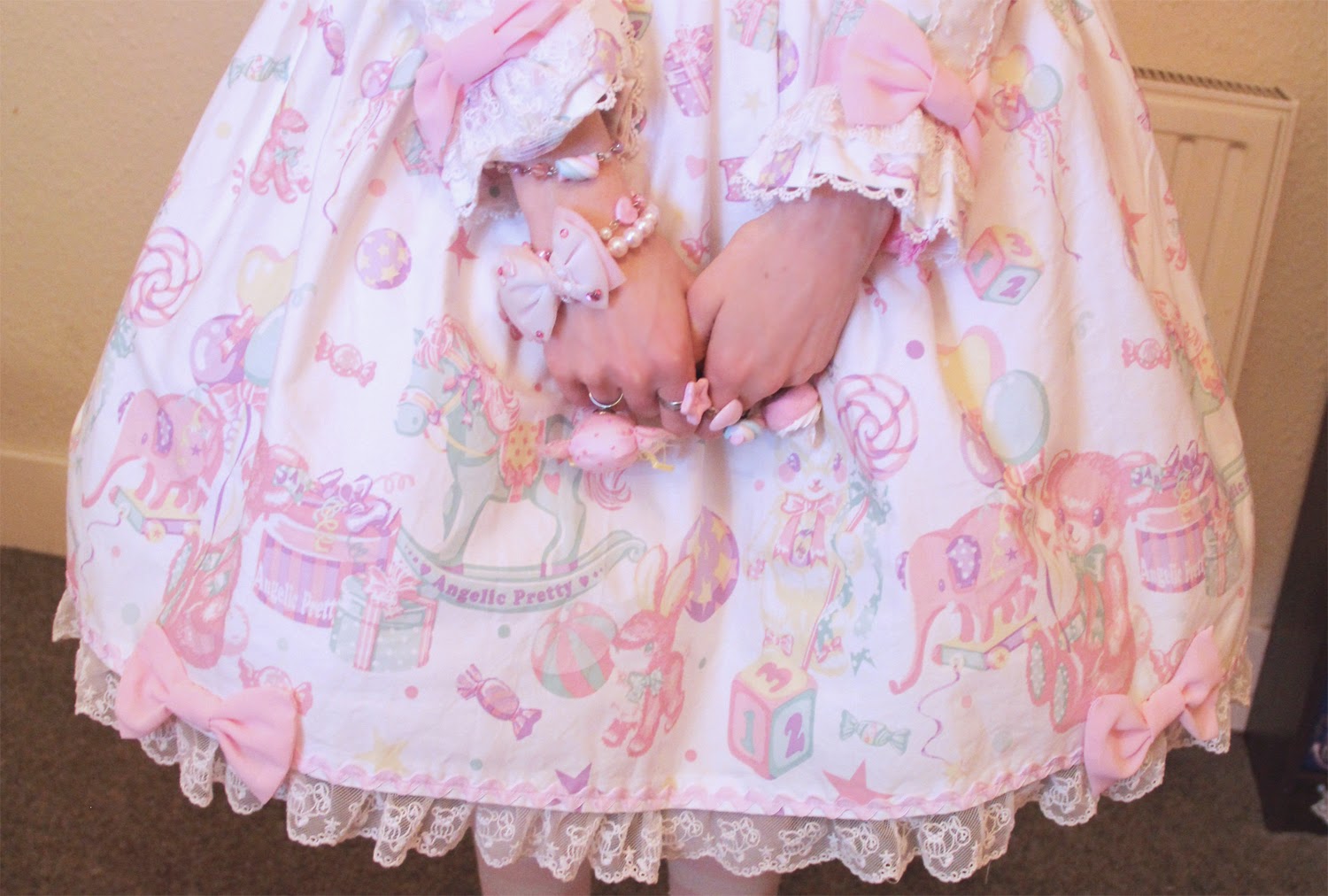 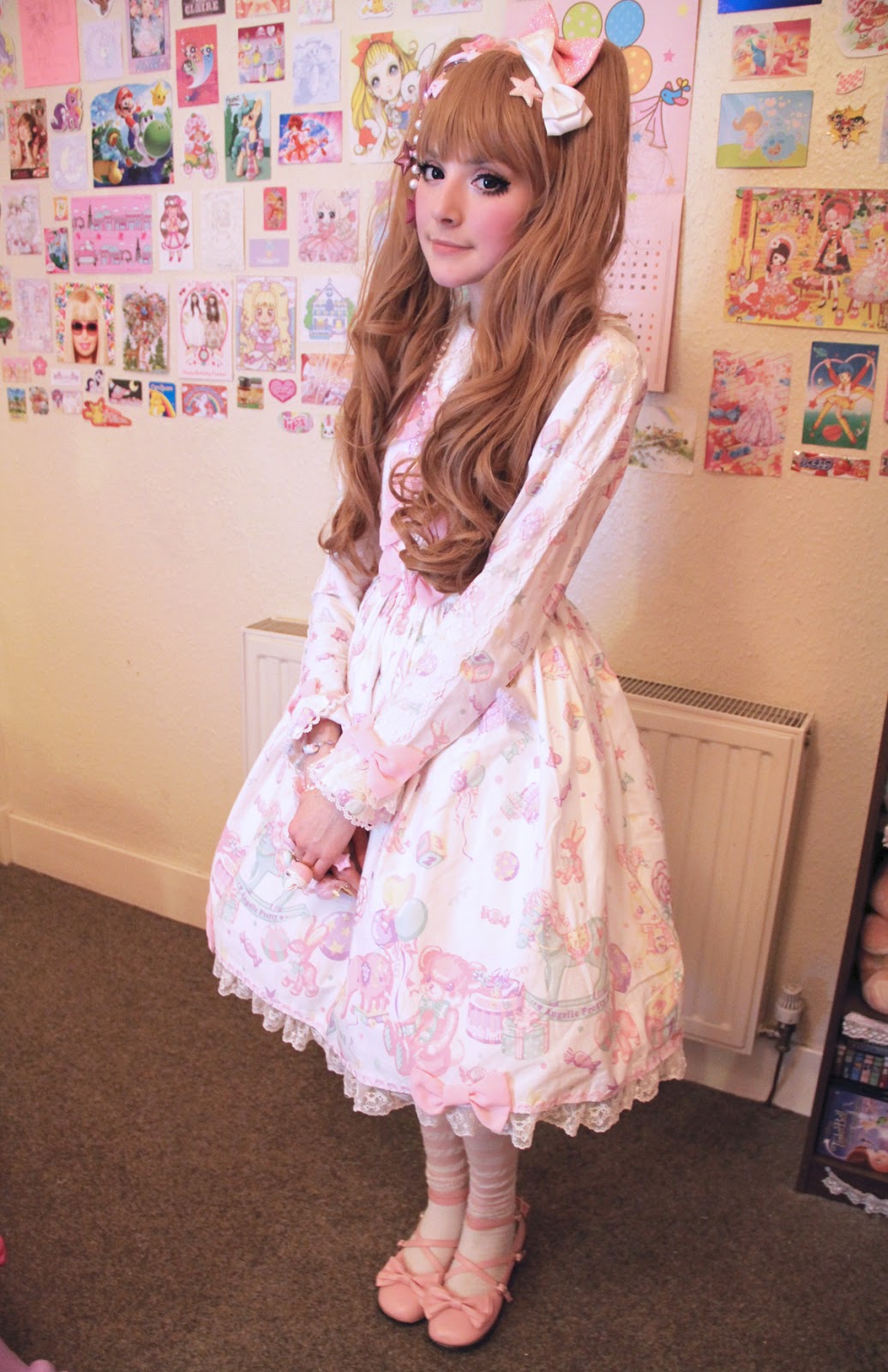 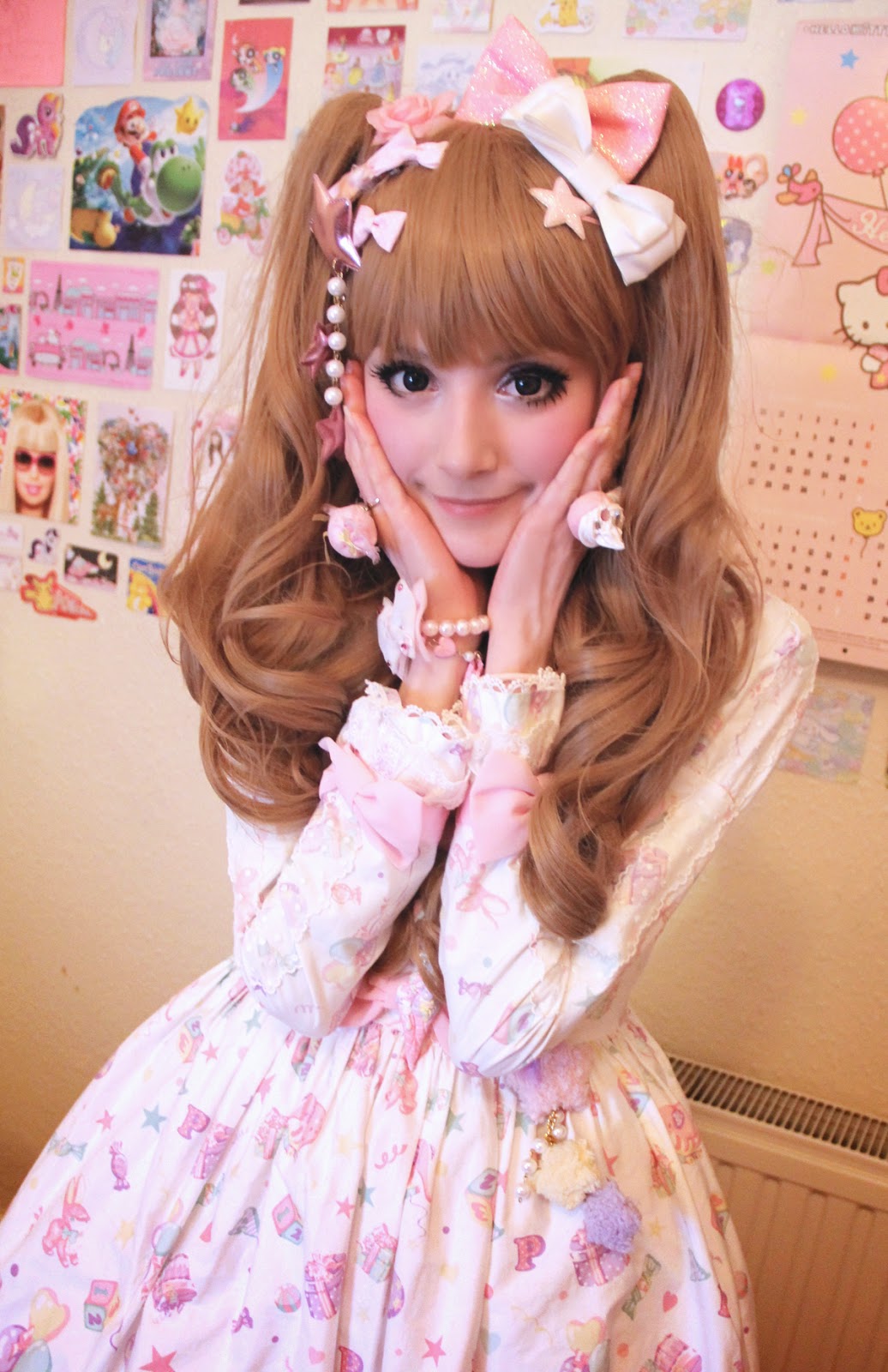 Sadly, Peachie was too tired for taking pictures together, and after taking these I quickly had to leave for her to rest properly! <3 She would have many days to get more rest after this, since we weren´t going to meet up until 4 days from then! So I hugged her and told her to take care until our next meet ; ^; I was a bit worried that I had tired her out, but she told me she had just had another friend over for a few days up until the day before, so the lack of rest might be a part of it! >.< As a fellow lolita with a cronic illness I know life in general is tiresome enough, yet alone being a host for such a nuisance like me =__="" I felt bad, to say the least...

In the end I cried a bit, because I was worried about her, but we parted with a hug and a smile and she reassured me she would rest a lot ^^

That was it for our first meetup!
After this I just went home to my sisters place
and we watched a disney-movie together before we headed to bed ;V;
Even though our first meetup didn´t go exactly like planned, it had been a fairly nice day anyway ^^

What is your favourite bubble-tea flavour? 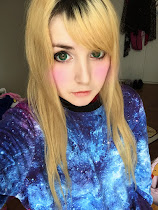 Josephine here! I´m into a lot of japanese clothing styles, like lolita, fairy-kei, amoeji-kei and just general kawaii styles! x3 I am a self-announced kawaii-enthusiast, and i love anime and manga. This blog will be filled with my weird everyday adventures, outfit posts, and whatever interests me really... creepy and cute as they might be
今 私 は 日本語 の 一年生 です！だから、日本語 も だいじょうぶです。 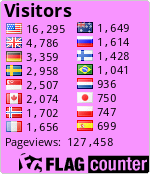